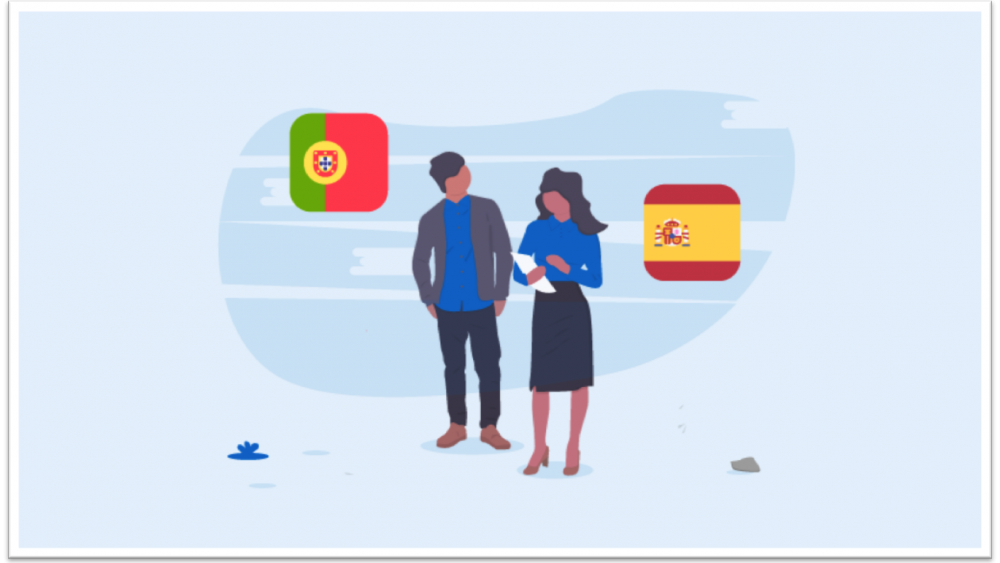 One of the most widely held misconceptions about languages is that Spanish and Portuguese are almost the same. In fact, even after coming from the same descent of Latin they are very much different. The words you use in Spain are guaranteed to get you funny looks if you try using those in Portugal. If Cristiano Ronaldo understood Portuguese by the time he grew up, why is talking in English to Lionel Messi who knows Spanish perfectly? You can very well accrue that to the confusion that might be created if they both start speaking in their own language to each other.

Both languages vary with geographical locations. European Portuguese is much different than Brazilian Portuguese, which in turn varies in the Portuguese spoken in Mozambique and Angola. Much like that, Spanish is spoken differently in Castilian, Andalusian, Murcian, Galician, Mexican, Columbian, Peruvian, Bolivian, and Caribbean among many others. Though Portuguese and Spanish have a lot of common words and terminologies, it is used in different ways and isn’t easy for one native speaker to understand the other one without being aware of it.

“You speak Spanish, please talk to this guy from Portugal.”

That is a request that one of our Spanish call center agents received from a client visiting our multilingual call center facility, which did push the agent into an awkward situation.

It isn’t as simple as it is made out to be.

Spanish and Portuguese are Romance languages having their roots in ancient Latin. It cannot be properly stated when the languages developed and parted ways from each other. Though they both originated in the Iberian Peninsula and the same classical language of Latin, they both differ from each other to an extreme now.

The prominent difference between both these languages isn’t in the written form of usage but in the way it is pronounced. Even with stark differences, the vocabulary is almost 90% like each other. Mind you, even with the words being the same; you cannot be sure that they mean the same too in each language. Even the pronouns differ and so does the grammar.

Quick Facts About Both The Languages

Much like languages branching out from the same classical language, Spanish and Portuguese have widely different dialects and phonetics. If you want to learn both, you will have to spend time learning each of them individually as learning one doesn’t mean learning the other. A Spanish speaker who goes to Portugal won’t be able to make the population understand what he/she is trying to say half the time. Try calling up a Portuguese call center and asking for what you want in Spanish; you are both likely to pull your hair out trying to understand each other. Though still, experts argue that a Portuguese speaker can understand more than half of what a native Spaniard is speaking; but basic words are pronounced and written differently in both languages making it a classic case of lost in translation.

Another problem is that both languages have their own set of idioms and cussing words, as every language should have their own unique set. That might be one of the reasons both the languages are highly intelligible to both the speakers, for they seem polished when written down. But everyday language is bound to get harder if you start speaking in your own Spanish dialect to someone whose native language is European Portuguese.

Let us now have a look at false cognates and how everyday words can be misinterpreted in another language:

You should be wary of the confusion, which might arise with using similar-sounding words. Especially when you are learning languages originating from the same classical one.

There are lots of similarities between the two languages and learning one will surely prepare you for the other one. Still, don’t try to delve into another while still learning the first one; it will only lead to confusion for you. Remember each language is spoken in a varying dialect across different countries; figure out which one you would want to learn first.

At LiveSalesman, our Spanish Call Center and Portuguese call center services are delivered by natives who understand this difference and have an intimate knowledge of the dialects spoken in different parts of the world. Our objective is not to only provide support in the local language but to provide it with local cultural flavor. Talk to us today to learn more.