French are picky about the quality and so are we! 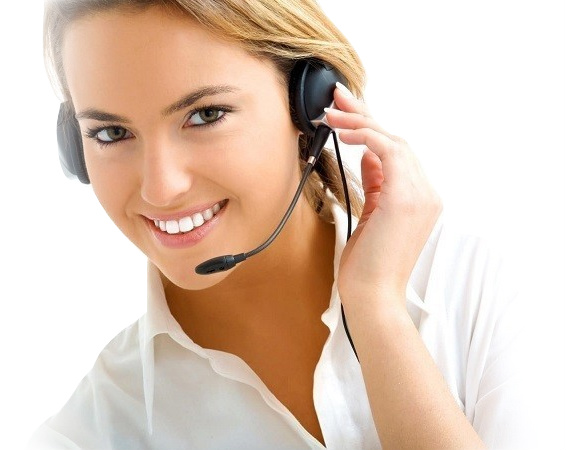 located in Europe as well as in our other offshore locations

Fluent in both written and spoken French & English

choose round the clock or limited hours

in your target market

dedicated & shared models to cater to your specific business needs. Scale up & down easily.

In Europe, French is the official language in Belgium, France, Luxembourg, Monaco and Switzerland and is one of the official languages of the European Union. Not only in France but around the world knowledge of French is looked upon as a professional and personal advantage. The French government has long been an active advocate for the use of French. French is a global language and it is evident from the fact that it is spoken around the world in 29 countries, with 274 million native speakers which makes it the fifth most widely spoken language in the world. It is the fourth most widely used language on the internet. French is not only preferred but is also the only language of communication for the majority of the population in France. French people take pride in their language and often choose not to speak in any other language. French people tend to trust customer service more to provide accurate information if they speak in their native language. The inevitable conclusion is that if you are planning to sell in Europe or other French-speaking geographies, providing French Call Center and French Customer Support is not a choice but is a pre-requisite. Hiring and managing French call center agents in-house poses many operational challenges and hence an in-house French Call Center may not be an economically viable solution for all businesses. Hence, partnering with a third party French Call Center provider that specialises in providing Call Center in French is the best solution.

Our 24×7 outsourced French Call Center solutions are delivered by native French speakers who understand different French accents spoken in various regions of France, along with Quebec French and Belgian French. All our French Call Center agents are bi-lingual and can speak and write in perfect English along with French. We offer both options of having your support run out of Europe as well as from our offshore call centers with native French Call Center agents that speak and write fluent French and English. This allows you to take advantage of serious cost savings and get excellent value for money.

In depth Understanding of French Culture

French consumers, usually quite well-off, are known for their elite taste and clear preference for high quality and luxury products. In France, a purchase is synonymous with pleasure and therefore French consumers expect the whole purchase experience and support they receive to be in tandem with the high price they shell out. Despite their high spending power, French is an ageing population which makes them more pragmatic and more uncompromising in the quality of service they demand- both pre and post-sale. The quality of the service they get is an important factor in determining who they give their business to.

At LiveSalesman, we have a deep understanding of French consumer landscape, cultural dynamics and societal shifts that are shaping the French and European market in general. Through our French call center solutions, we help you adopt a granular approach to succeed in the European market by anticipating consumer needs and behaviour and adjusting your strategies and offerings accordingly. Our French speaking Customer service team not only communicates with your customers in French but also makes sure that the communication is linguistically and culturally appropriate. Our French Call Center agents are able to connect and build a rapport with your French customers like a local, resulting in a smoother acceptance of your brand in a foreign market

For International retailers France is one of the most and exciting market globally. Here is why:

It is one of the world’s top 6 E-commerce markets, with only UK and Germany ahead of it in Europe. Almost 7% of the shopping is now done online, which is worth around €65 billion. This number is increasingly on the rise with at least 80% consumers buying over the internet in 2016. Clothing remains the most popular segment in online shopping number followed by travel and tourism.

France is characterised by a broad customer base that is distinctly varied and sophisticated. Given rising longevity, falling fertility rates, the population of France is fast ageing with a median age of 41.4 years. Since mature French consumers will account for a majority of total spend over the coming decades, that means average french consumers enjoy a high spending power with GDP per capita capped at USD 36,854 per capita in 2016. French consumers stand out for their conspicuous consumption of entertainment, culture, fashion and other luxury goods. Their predilection for new and innovative products is known the world over. The ageing of the population has led to a parallel rise in health products and services consumption.

In France, customer service is an economic imperative as they claim to receive the highest number of visitors (85 million annually) and with tourism representing 10% of GDP. The French government has been making efforts to promote great customer service through tried several campaigns to increase tourism. French people lay a lot of emphasis on giving and receiving good customer service. Hence, businesses planning to target French consumers should not ignore providing high-quality Customer Support in French and hire specialised French call center.

The future of French

French is predicted to become the most widely spoken language in the world by 2050 and most commonly spoken mother tongue in Europe by 2025. There are more people speaking and learning French than ever before, not only in Europe but the world over. Read More…

In Fact, there are just 40% French speakers in the world. Rest are spread around the globe with 125 million French language learners around the world. Thanks to the interconnectedness of the globalised world and rigorous efforts made by the French government to promote French use of French language, the global resurgence of French will be felt across the world. Hence, it is no longer sufficient for businesses to provide Call Center support in English. The demand for French Call Centres is on the rise already and it is high time businesses gear up for the future.

French customers think their phone calls should be answered immediately. In fact, they expect the prompt response on any channel and expect that their problem should be resolved on the spot.Read More…

They expect to be able to reach and speak with the same agent irrespective of the channel they choose to contact. French consumers also don’t hesitate to voice their grievances upon receiving unpleasant service experience. They openly express their displeasure with their friends, family and on social media, impacting your future business adversely. That’s why if you sell to French customers, don’t forget to support them on social media. With our 24×7 French Social Media Customer Service Solution, you can rest assured that your customers are promptly replied to on social media.

A study by Comscore that included more than 1000 respondents in France provides valuable insights that can be of immense help for retailers to increase sales. It is an attempt to understand what causes them to abandon the shopping cart or what motivates them to do repeat business with a retailer or to recommend him to friends and family among others things.

The study reveals that French consumers value robust and complete omnichannel experience and hence the need for Omnichannel customer support in French. French consumers represent the most experienced click-and-collect nation. They prefer shopping from retailers from whom they can buy online but can collect or return the item in-store. As in the trend across the globe, French consumers also like to have more digital touch points and more ways to be able to connect with their preferred retailers through each step of purchase and fulfilment process. Mobile and social channels continue to dominate the way French consumers shop and interact with the brands they like. What distinguishes one retailer from the others in the mind of French consumers is how rapidly they are able to meet and exceed the constantly evolving needs and expectations of the consumers. Flexibility, transparency, choices and convenience are some of the other important decisive factors for French consumers. They expect to be made aware of the delivery options and total costs early in the buying process and want the flexibility to choose a delivery date and want the option of collecting their order from a convenient location. Ability to track their purchase is essential for French consumers. Not surprisingly, hassle-free returns or exchanges is important to French consumers. Our high quality Omnichannel French Call Center Solutions equip you with all you need to know and support your French customers. Talk to us today to learn more about our French Call Center Solutions.