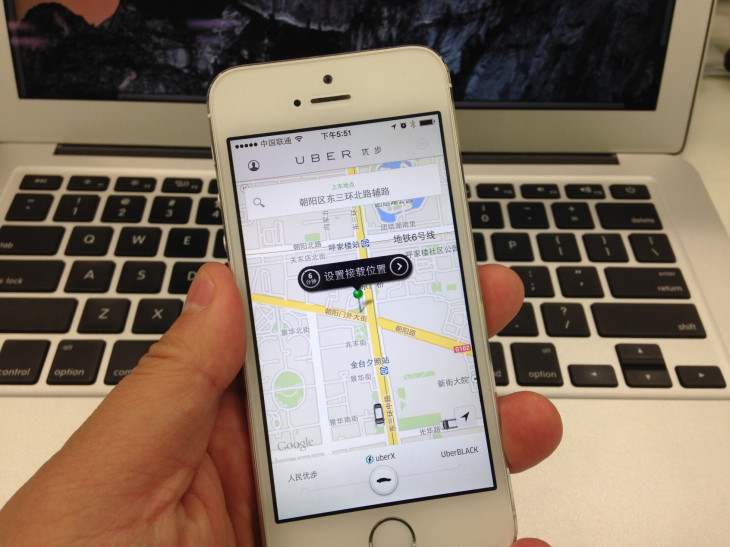 Why Multilingualism matters, lessons from Uber

In these times of cut-throat competition, a lot depends on the quality of your customer service which can either make or break your brand. Multilingual customer support has become an essential part of customer service because it allows businesses to expand their reach and improve the way they communicate with their clients.

People want to have their concerns or queries heard, understood, and addressed in their own language and that is where multilingual outsourcing solutions play an important role. The outsourcing companies have long realised its importance and have started offering Multilingual customer support solutions to help brands grow. Here are the five benefits of teaming up with Multilingual call centres.

To enter a new market, the companies need to communicate effectively with their target demographic groups and that is where Multilingual outsourcing solutions give you an opportunity to reach potential new customers and expand your client base. Multilingual customer support is a bridge that easily breaks the ice built by lingual and cultural differences.

Most of the English speaking countries-based organizations find it difficult to set up business relationships with customers in foreign countries where the popular language is other than English. For example, it is imperative for an American company operating in France to have a French call centre, which employs French customer support executives. Similarly, for a German company to run its business in Shanghai and Beijing, it can’t dispense with a Chinese Call Centre.

In the year 2016, Uber went multilingual to increase its footprint in Toronto, Canada. Though English is a major language of Canada due to the presence of a large immigrant population, French and Mandarin are two other widely spoken languages.

Uber came to know that more than 20,000 cab users in Toronto had used their app in their own Mandarin language. It was a revelation for the American multinational transportation network company and soon it launched UberCHINESE in Toronto that not only catered to the Mandarin-speaking population but also to the Chinese tourists who used Uber.

To retain the existing customers, it is essential for service representatives to assure customers that their complaints, if any, will be resolved promptly and competently. The customers are mostly looking for easy and immediate solutions to their problems and the last thing they want is to make repeat themselves over and over again to explain their issue. This will inevitably happen if your customer support speaks in a language that your customers aren’t familiar with. Needless, to say it will adversely affect the customer experience and your call center will have a tough time resolving their issues. According to a survey, 70% of buying experiences are based on how the customer feels they are treated, and almost 89% of customers stop buying from a business because of poor customer service.  Alternatively, the ability to truly understand everything a customer says will come handy in finding appropriate solutions to the complaints. This, in turn, lets you boost customer satisfaction level.

If you do not have resources and bandwidth for an in-house multilingual call centre, multilingual outsourcing solutions could fill the gap by opening the communication channels with all your customers, while you are rewarded with their loyalty, as well as a new business.

The role of language is not just limited to making communication. For building a strong and a long-term association with your customers, multilingual customer support is a powerful tool. It also removes the possibility of agents accidentally offending customers during a conversation if they aren’t familiar with the language and culture of their prospective customers.

In Canada, Uber recruited Mandarin-speaking driver-partners to make life easier for their Chinese speaking users so that they can get immediate assistance in their own language.

The company consistently followed this policy in other countries too and made it a point to not only localize by country or language but also by the city.

Last year in India, Uber launched UberLITE in as many as seven Indian languages to fulfil the needs of users in their own regional language. It was initially launched in the Hindi language in Delhi and Jaipur followed by Marathi, Tamil, Telugu, Kannada, Bengali, and Gujarati in other major cities like Mumbai, Chennai, Hyderabad, Bengaluru, Kolkata, and Ahmedabad.

The success achieved by Uber didn’t happen overnight. Like most the other companies, it launched its customer support service through English call center only but as it came across customers who spoke multiple languages, it also realised the need for Multilingual customer support. It has come a long way since then and now Uber provides text-based support in more than 20 languages.

The company used well-established tools like Zendesk to improve its relationships with customers to provide them with a seamless experience with multilingual capabilities. Besides, Uber also offers mobile-based support in as many as 11 languages while support in English call center and Chinese call center is available round the clock.

Uber came out with a strategy called ‘launch playbook’, in order to set itself apart from the local competitors through the multilingual feature. Such strategies paid rich dividends to Uber which now prides itself for operating in more than 600 cities across 65 countries and 32 languages.

5) The power of Localization and Cultural Training

Uber was quick to realise that in most of the countries people are either bilingual or trilingual and the best way to serve them is by talking to them in their own language.

Uber ensured that its support executives are proficient in one of the 11 major world languages together with the cab drivers that are ready to support customers in their native languages. Though Uber uses machine translation (MT) tools, it still preferred customer service executives who may not be very fluent in the second language.

Such a strategy of language-specific support has proved beneficial for Uber in improving its business and growth in hitherto new markets. Hugely inspired by its multilingual support system, the company has successfully used local strategies in its various marketing campaigns. Taking cue from its multilingual customer support system, the company uses local strategies in its marketing campaigns flawlessly.

It also came out without box solutions for discovering Multilingual call center talent in specific regions. For example, when the company needed a Portuguese call centre executive for its Orlando call centre, it advertised in the soccer stadiums and Brazilian cultural events to find the right candidates.

In short, Multilingual customer service goes a long way in cementing relationships with customers and in the process enhancing the overall customer experience.

LiveSalesman’s flexible and cost-effective Multilingual Outsourcing Solutions empower many small, medium and large companies globally to expand in international markets without being burdened with the associated overhead costs. Whether you require the Portuguese call centre, Spanish call center or a French call centre, look no further as we offer Multilingual customer support in over 30 European and Asian languages.