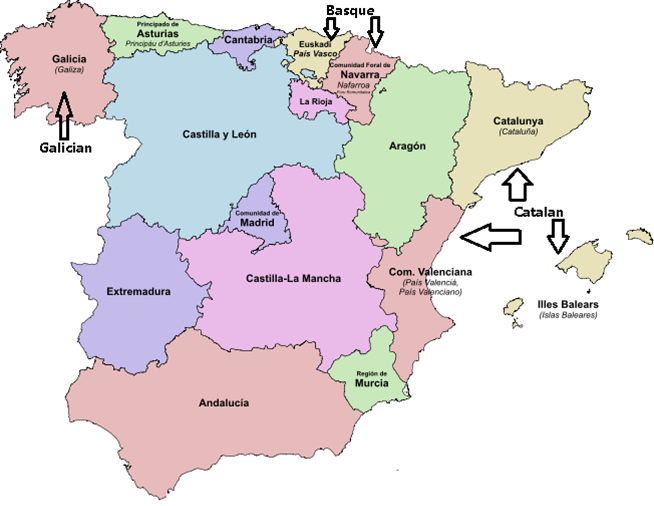 Different dialects of Spanish and where they are spoken

Spanish, spoken by 400 million people is the third most widely-spoken language in the world after English and Mandarin. The Spanish speaking people constitute the fastest growing groups in the world. In the next 30 years, there will be 530 million Spanish speakers with over 100 million living only in the US. It is also the official language of 21 countries and it is the second most popular language in the US after English and hence, the need for Spanish call center is on the rise. Spanish is mainly divided into two distinct groups:

Mexico being the largest Spanish speaking country in the world has different dialects spoken throughout the country. Other than Mexico, this dialect is also spoken in some parts of the United States and Canada. When it comes to pronunciation, a Spanish call center agent speaking in Mexican dialect will sound quite different from the Spanish customer service agents from other countries.

This dialect is mainly spoken in the Central American region like Costa Rica, El Salvador, Guatemala, Honduras, Nicaragua, and also in the southern Mexican state of Chiapas and parts of USA. It has one major characteristic; letter “s”, as well as some other syllables, is either missing or silent. A Spanish call center agent from Central America would use the word la computadora (as opposed to the Spanish word ordenador for “computer”.

This is the main dialect of central Andes, western Venezuela, southern Colombia, northern Chile, northwestern Argentina, Ecuador, Peru, and Bolivia. According to linguistic experts, Andean Spanish is considered to be the purest form of Spanish in the Western Hemisphere because of its inherent qualities like clarity, being well-articulated and easy to understand.

This dialect is native to Argentina and Uruguay. Rioplatense is mainly spoken in major Argentine cities of Buenos Aires, Rosario, Santa Fe, La Plata, Mar del Plata and Bahía Blanca in Argentina, Montevideo in Uruguay, and also in their suburbs. It has a distinct flavor of Italian who migrated to these areas in the nineteenth and early twentieth century.

People of Caribbean regions mainly speak this dialect. This version of Spanish is spoken in countries like Panama, Venezuela, Puerto Rico, Cuba, Dominican Republic, and the Caribbean coast of Colombia. The words in this dialect tend to be shorter as while speaking some consonants like R, D, and S, etc are omitted.

A Spanish call center agent from Puerto Rico would pronounce “R” as “X” with an exclamation of breath. The major difference between the vocabulary of European Spanish and that of Caribbean is that in the later version, many words from the native languages have been borrowed.

It is the main dialect of Chile. This dialect has a lot of influence from languages like Quechua and Mapudungun and also from European languages as a result of massive immigration in the 19th and 20th centuries. This dialect is also known for incorporating lots of local slangs and expressions making it difficult to comprehend for foreigners. It is also spoken at a relatively faster pace which further increases its difficulty level.

There are multiple dialects of Spanish spoken in Colombia. The Colombian Spanish is more of a geographical term than having any linguistic relevance because the dialects spoken in the different regions of Colombia are quite diverse.
Besides these dialects, there are many other dialects spoken in different parts of South America, namely paraguayo, amazónico, uruguayo, venezolano and Bolivian. Despite having a difference in dialects, Latin-Americans usually face no difficulty in understanding each other’s dialect.

The difference in the various Spanish dialects is not as prominent as in the dialects of other languages and hence, while it is important for Spanish call centers to be aware of these differences, it does not impose any significant recruitment or training challenges for them. It is comparatively easier to learn different dialects. There are lots of variations in how Spanish is spoken throughout Latin America and even Spain. One of the major differences between European Spanish and Latin American Spanish is how a word like “you” is used. In Spanish, there are different pronouns and verb endings that distinguish between singular you and plural you, and also between an informal you and a formal you.

In both Latin American and European Spanish, the words have generally the same meaning. Though there are numerous differences as well. For instance, in a Spanish call center in Spain, a car is called a coche but in Latin America, it could be an auto or a carro. Similarly, a mobile phone is a teléfonomóvil in Spain but a teléfonocelular in Latin America.

These differences, however, may sound superficial but not so in the customer service business. For someone working in a Spanish call center, the choice of words is important. Since it is expected from agents to speak to their customers in a voice that sounds authentic and natural to them.