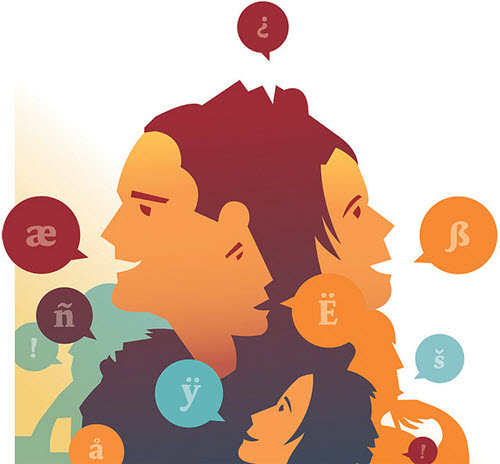 Customer Service can do without Accent Discrimination

We are living in times of globalization where every day, we communicate with people having multiple accents. One of the major sectors where accent plays an important role is the customer service industry. Let us find out what role accent plays in call center outsourcing solutions and what are the stereotypes associated with accent discrimination and how to get rid of this problem.

In simple language, an accent is way a group of people in a specific area speak their language. There are two categories-the first is when we speak our language which depends on factors like the place we are born and live. A Portuguese call center agent from North would call wine ‘binho’ while a Portuguese call center agent from the south would refer
to it as ‘Vinho’.

Learning a new language and acquiring an accent are closely linked. In comparison to adults, children find it easier to pick up a native-like pronunciation of a second language. A child whose brain is still developing is more elastic and can easily adapt to new sounds while an adult loses the capacity to mold as he or she gets older. That is why new accents can be developed only till the 20s and beyond that age, the brain becomes unreceptive.

You are identified by your accent

Though the human brain is quite capable to identify foreign accents, the culprit for this biased opinion is our stereotypes of belonging to a particular behavior and culture. However, these stereotypes are the result of external factors that can be easily changed if we do away our prejudices.

Even in our day-to-day life, we are less likely to believe something if it’s spoken in a foreign accent as statements made with a heavy accent is generally considered to be less true so when one gets a Spanish call center agent who is not a native on the phone, the customer already forms opinion based on preconceived notions. On average, it takes less than 30 seconds to linguistically profile a speaker and react to their ethnicity, class and economic background. It’s unbelievable. How can you categorize someone based on your stereotypical ideas in less than half a minute? The prejudices manifest blatantly in the attitude of customers when they speak with non-native English call center agents or for that matter a Japanese call center agent who is not native

The sad part is that unlike other discriminations based on race or nationality, accent discrimination appears to be socially accepted discrimination, especially when it comes to English call center agents or for that matter, any other multilingual call center agents who are not native speakers. In the US, there is a law protecting individuals against accent discrimination in the workplace unless it interferes with their performance. We are living in an age when multiple accents are commonplace both in our personal and professional lives so why this bias especially against multilingual customer service agents who are not natives?

If you judge multilingual call center agents’ language proficiency based on their accents, it is akin to the linguistic equivalent of judging people by their looks. A Spanish call centre agent’s accent, who is not a native, may give you a clue to from where we come, yet it’s not a true indicator of his skills, qualifications, personality or our social status.

How this accent discrimination developed?

Prejudice and bias are deeply rooted in our psyche and when we hear someone’s voice and accent that is not familiar, especially in an outsourced call center, we immediately jump to a conclusion based on little information.

Though English call centres and Multilingual call centers are in existence for some decades, in the last few years they have changed a lot. In the 90s, the labor costs went up steeply in the US and it made sense for banking and software companies to shift their customers’ service overseas and start using outsourced call centers to reduce cost.

The issue of accents wasn’t on their mind. English is the largest spoken language but it is spoken with innumerable accents and a person who is accustomed to a certain accent will always find it difficult to understand if it’s spoken in a different accent. Same is true for Multilingual call center support solutions.  The outsourcing business brought the labor costs down for American companies, but it also gave rise to a new set of problems as customers in the US, particularly, faced difficulty in understanding English call center agents who spoke English with a different accent.

Tolerance is the key

Accents are an integral part of our personality, but they don’t define us. So, next time when you speak with a Spanish call center agent who is not a native or a non-native English call center agent, remember that the person with whom you are talking is also a human like you. Be tolerant and avoid being judgmental about their accent. He or she is doing a job and most importantly trying to help you out.

The main criteria for a job in multilingual customer service should be the skill and ability of the candidate and not his accent. The decision-makers in companies need to be aware of these implicit biases and accordingly arrange training for bias as well as cultural sensitivity.

Those looking for a career in outsourced call center industry- English call center or Multilingual call center solutions- were forced to neutralize or soften their accents to fit in. This resulted in a lack of regional accents promoting lazy stereotyping and prejudicial attitudes to prevail. This isn’t a healthy situation for this sector as they risk rejecting some very outstanding talent by not looking beyond people’s accents.

It’s very unfair if people have to lose their accents to get a fair crack at the whip and for not being perceived as less educated and trustworthy. The more multilingual call center agents come with different accents in customer service, the more acceptable their accents will become to customers. Native English call center agents working in a Spanish Call Center might struggle to speak with an authentic Spanish accent because their brain isn’t programmed to perceive frequencies of pitch that makes up the Spanish language and their mouth can’t reproduce the right sound.

Is there an ideal accent?

The whole endeavor of the outsourced call center industry is to finally settle for a neutral English accent. We are living in an interconnected world that accepts nothing but an accent neutral language. Multilingual call centres are aware of this truth and therefore they train their multilingual call center to get rid of modulation and pronunciation associated with their native language.

There is nothing like a “right” accent. What is “right” accent today may not be “right” in the future because the world is changing every day? The outsourced call center customer service too needs to change according to the change in demand. Though English is currently the most spoken language in the US but of late Chinese has become the third most popular language after English and Spanish and therefore, the rise in demand for Chinese call center and Spanish call center besides English call center.

Similarly, in Canada there is a sizeable population whose preferred language is French and therefore to cater to this vast French-speaking people, many French call centre have come into existence.

The solution lies in training

Customers are now evolving and embracing diversity in accent. So, you need to believe in yourself and if next time your accent might affect your confidence, tell yourself, “each has an accent – but mine is cute. “Accent reduction or accent neutralization acts effectively in learning or adopting a new accent as is done in the most English call center and Multilingual call center.

We all have our preferences when it comes to pronunciation, style, and pace of spoken language and certain accents can take more effort to comprehend. To have effective and inclusive communication, we all need to make an honest effort to look beyond our prejudices related to the delivery of a message to the actual content of that message.

It needs little initiatives like simply asking the speaker to slow down; asking for clarification when confronted with ambiguous speech and getting confirmation whether or not something they just said matches up with what they meant. It needs just to build a strong foundation for respect and understanding with our valued customers.

People are now exposed to more foreign accents than at any time in human history, as now more people are moving around than ever before. We are still far away from the point where no discrimination takes place based on accents. Maybe, by exposing our children to multiple accents with no negative connotation is a way forward.